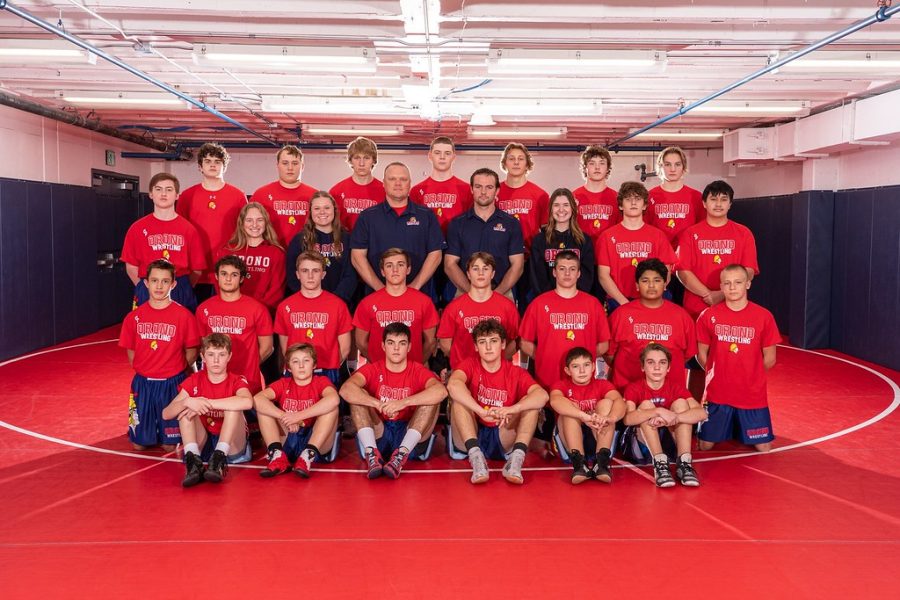 The Orono Wrestling Team wraps up their season with a success.

After months of hard work with endless meets and tournaments, the Orono Boys Wrestling team has wrapped up its season. The boys ended the season on a high note, with numerous wins for the books. Over the past few weeks, they have competed in both team Sections and Individual Sections.

“I thought this season went well. It sure was the best I’ve ever wrestled. I like to lead by example and I’m always giving talks to the boys whether it’s after practices or before meets,” senior Eli McKown said.

McKown led the team as one of four captains this year. After finishing off the season strong, he had some motivational words for the younger and newer wrestlers.

“Be ready to put in extra work. Only doing practice and expecting to go far will not be enough. You will have to get extra drilling and then extra conditioning,” McKown said.

After competing in a tough bracket for their team Sections, the boys ended their season at Belle Plaine high school, competing against Glencoe. Individual Sections followed, in which the following wrestlers were placed in their respective weight classes:

Sophomore captain Mason Pankonin suffered an injury early on in the season. Nonetheless, he showed his leadership skills and provided reassurance to his fellow teammates throughout the season.

“The season went well for the team. Everyone grew a lot through the year and everyone was always trying their hardest. I was always making sure everyone was not having any problems with anything in or out of wrestling,” Pankonin said.

Speaking on the topic of his injury, Pankonin proved to preserve and ended off the season strong, ultimately placing 4th at Individual Sections.

“I look forward to being with the guys and just having fun with them, but also stepping up and being more of a leader,” junior Griffin Reiner said.