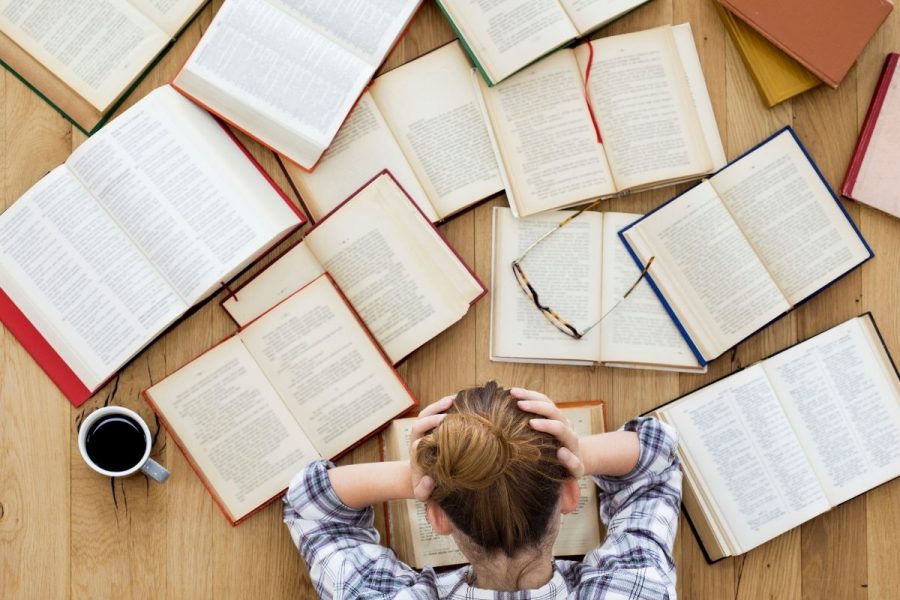 The stress of school has impacted students at OHS.

With increasing mental illness rates among students, addressing and understanding the adverse reactions teenagers have from physical and social variants is growing increasingly important.

According to a study conducted by the Journal of Mental Health, ICTs, an information and communication technology, in Universities are used for self-directed learning, but are not good for face to face environments.

“I think we can have a lack of socialization just because we can always hide behind our phones or computers. My kids have anxiety because they’re never unplugged, “ orono school nurse Janet Franzn said.

While social media use has played a significant role in declining mental health rates, other factors also contribute to this concept. For instance, one’s physical health, such as diet and exercise, has been linked to mental wellbeing.

Mental health can be affected by the way people eat and the amount of exercise they receive. According to a research study conducted by BMC Journal of Public Health, campaigns and policies have played a significant role in beneficial lifestyle associations, such as what they eat during the day. This concept further establishes the current decreased trends of health lifestyles, from a physical standpoint, that directly implicate mental health.

“If someone has poor mental health or a mental illness, it also implicates your life socially, and from a medical standpoint, “Orono future medical co- president, Crystal Gettman said.

While lifestyle and the amount of exercise affects mental and physical health, there are also ways to help fight mental health with there being somatic or therapy for mental health.

According to a study by BMC medicine, there are many treatments for mental health illnesses, but it all depends on what type of symptoms you have. The treatments you are given are also based on you, so everyones treatment could be different.

“It’s just that there’s something medically wrong with your brain. And so people who are struggling with mental health should be treated the same way as someone with a physical health, and that’s when they moved from asylums to hospitals and that’s when treatment started to change ” Orono High school psychology teacher Sara Ibs said.

According to A History of Private Psychiatric Hospitals in the USA: from start to finish by Jeffery L. Geller, the history of treatment on mental illness has changed from being in institutions to being treated in hospitals and or treated with medication. They also have had an advancement in somatic treatment.

Mental and physical health are connected by the brain helping heal and control what the muscles do. According to a research study by Oxford University, studies have shown that pain and changing the brain’s structure and function with people who have spinal cord injuries. There is also confirmation that the use of physical therapy to change the central nervous system to help people with spinal cord injuries to recover.
“Yeah, the central nervous system is like , I mean, obviously, every aspect of the human body is important, but it’s one of the most important because everything that happens in the central nervous system implicates you physically,” future medical co- president Libby Engebretson said.

“Yeah, I mean, your mental health and physical health, I think, go hand in hand” Ibs said “I would love for them all to become like one thing if that makes sense”.

Ones physiological health directly impacts bodily functions. With this concept in mind, it renders the importance of mental and physical health practices, in order to avoid issues.