A Farewell to the Soccer Season 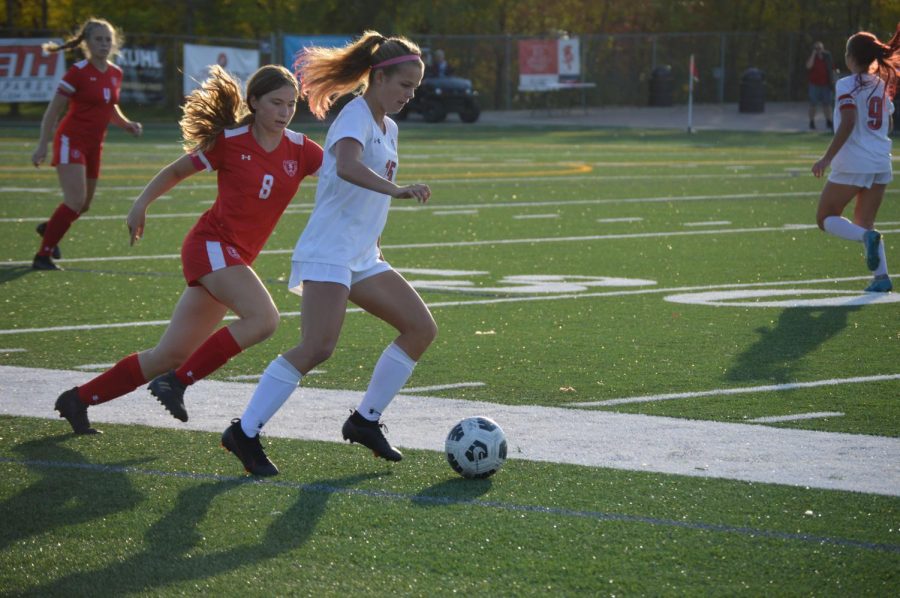 Norah flying down the field for a goal

With fall sports coming to a close within the next couple of weeks, Orono High School soccer has just finished up their sections and are now onto new focuses. This year, Orono Schools changed conferences and sections, switching up the competition immensely for Orono sports.

“With our conference and section changing this year, I think everyone was very apprehensive going into our season. Even though our team was essentially the same as last year, COVID messed with our team bonding so we weren’t quite clicking yet. Needless to say, the beginning of our season made a few of us nervous,” senior Annabelle Edwards said.

Throughout the season, many girls on the soccer team had sustained injuries that removed them from the games.

“After we clicked as a team, our season became very successful and we ended up nearly beating Benilde, something that did not seem possible at the beginning of the year,” Edwards said.

Girls soccer ended their season after playing Benilde St. Margaret in the section final game. The girls lost in a shootout to the undefeated team. Their final record being 12-5-1.

Boys soccer won their section against Blake with an ending score of 1-0.

The boys have performed well this season with their unfinished record of 18-1-1. Their first state game on Oct. 26 against Byron was a whirlwind for the boys as they won with a score of 6-0, meaning they will head to the US Bank Stadium on Wednesday, Nov. 3 in hopes of winning state.

Students are encouraged to dress up and head downtown in their Orono Spartan gear to cheer for the boys in their upcoming game.