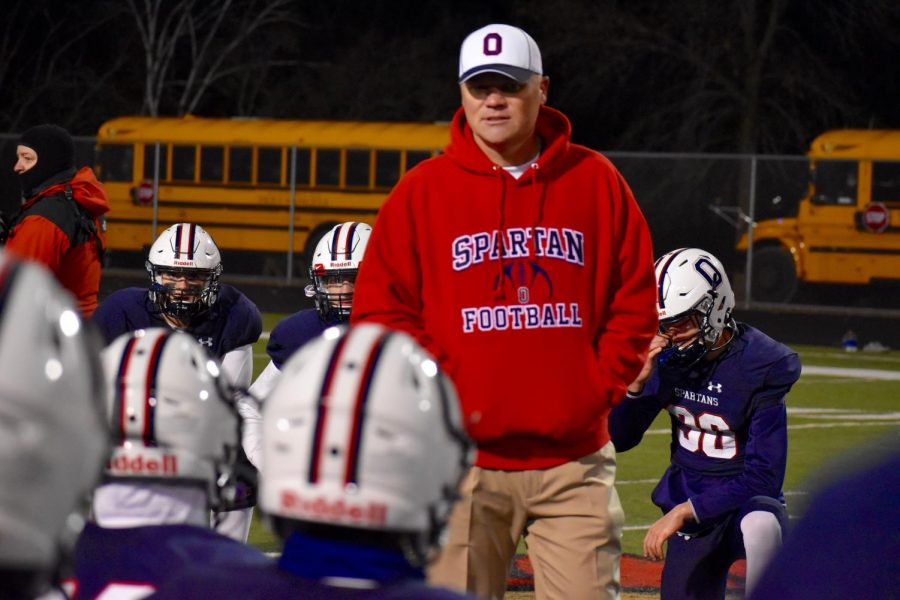 Head coach Joe McPherson talks to the team after the sad loss to the Holy Angels.

Before the game started the announcers took some time to recognize the senior football players and senior cheerleaders. This game was not just a section championship but it also served as a senior for the senior parents and players.

Both of the teams went into this game with the same season record, this record was 4 wins and 2 loses. The game ultimately went into overtime with both teams being tied at 7-7. In the end, the Academy of Holy Angels pulled out a win over the Spartans, winning 14-7.