‘The Queen’s Gambit’ brings allure to the game of chess 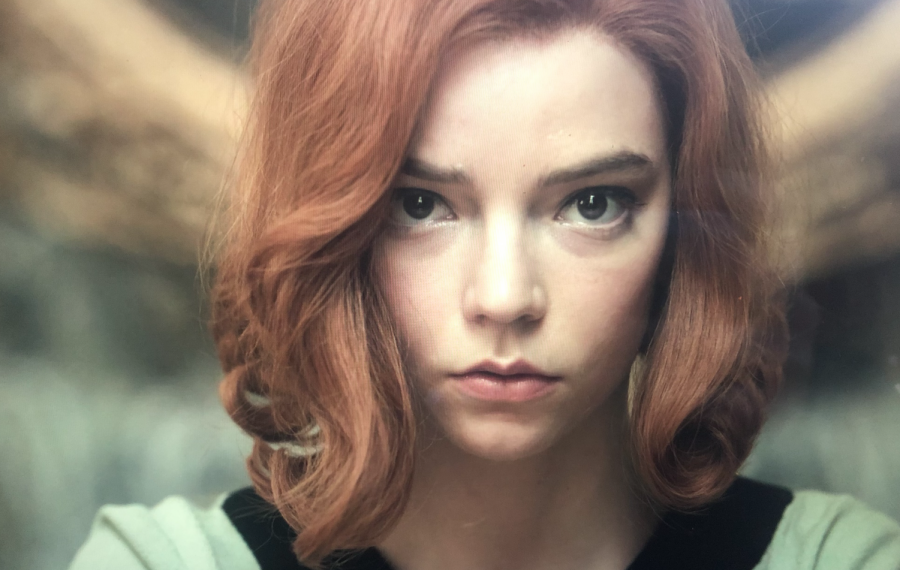 Beth Harmon captivates her viewers in an intense stare during a chess match.

“Let’s play” is the last line of Netflix’s seven-episode, TV-MA limited series that was released in late October. Beth Harmon, played by Anya Taylor-Joy, faces a group of candid men for a game of chess, one of many throughout the series. But before we talk about the end, let’s rewind.

The Queen’s Gambit tells the parallel stories of tragedy and triumph through the protagonist, Beth. At the age of nine, Beth is admitted to a convalescent home after her mother dies in a car accident, presumably a murder-suicide attempt. At the home, she meets Jolene, played by Moses Ingram, who becomes a dear friend and later savior; as well as Mr. Shaibel, played by Bill Camp, who exposes her to the game of chess. In this home she also comes face to face with drugs after receiving daily doses of tranquilizers, which become a recurrent and prominent part of the storyline.

Beth is eventually adopted and moves to Kentucky, taking the great game of chess and also the sting of the convalescent home with her. It is clear early on that Beth is an exceptional chess prodigy, and through the episodes she ebbs and flows with triumph and fame as she meets many faces and competitors along the way.

The Queen’s Gambit is based on the eponymous book by Walter Tevis, written in 1983. According to Insider, Tevis played chess avidly, although he never reached the astute level that his protagonist, Beth, did. He also spent time at a young age in a convalescent home and was similarly drugged. Many of Tevis’s themes in his life transferred to both his book as well as the Netflix series.

What stands out about this new series as simple as the storyline itself. Chess, while well-known across the globe, seldom appears in popular culture. The director Scott Frank transformed a classic and traditional game into a captivating experience. I never thought I would be on the edge of my seat watching pawns and bishops move across a 64-square board, but I was. The applause for this exciting take on chess can be given to editor Michelle Tesoro. The editing team approached each match and tournament with a different style and viewpoint that keeps the viewers intrigued.

In some matches the chessboard rarely makes an appearance, only the expressions of the players depict the intensity. Other times, the camera focuses on the chess pieces, their swift and dramatic movements creating a mesmerizing dance on the board. No matter the focus point of the match, however, it will be sure to leave you glued to the screen.

What is most astounding about the incorporation of chess is the validity and skill of the actors. There were no doubles; the actors themselves memorized and played out these intricate and complex matches. According to Insider, director Scott Frank brought in chess instructors Bruce Pandolfini and Garry Kasparov to help orchestrate the chess elements.

It is also important to note that while the storyline is based on chess, the prominence of substance and drug use plays a pivotal role. After becoming addicted to tranquilizer pills at the convalescent school, Beth begins a tumultuous journey of relying on substances. She believes that the strength of her chess game directly correlates to the use of substances, and through the seven episodes she struggles with who she is without them. This element is one that casts a dark shadow on the series, expanding the depth beyond chess.

Whether a chess grandmaster or someone who has never thought of playing the game, I would recommend The Queen’s Gambit to anyone as it will lure you in and leave you wanting more. Chess, romance, substance use, tragedy, triumph, love, hate, and competitiveness—all combined into one series. “Let’s play.”