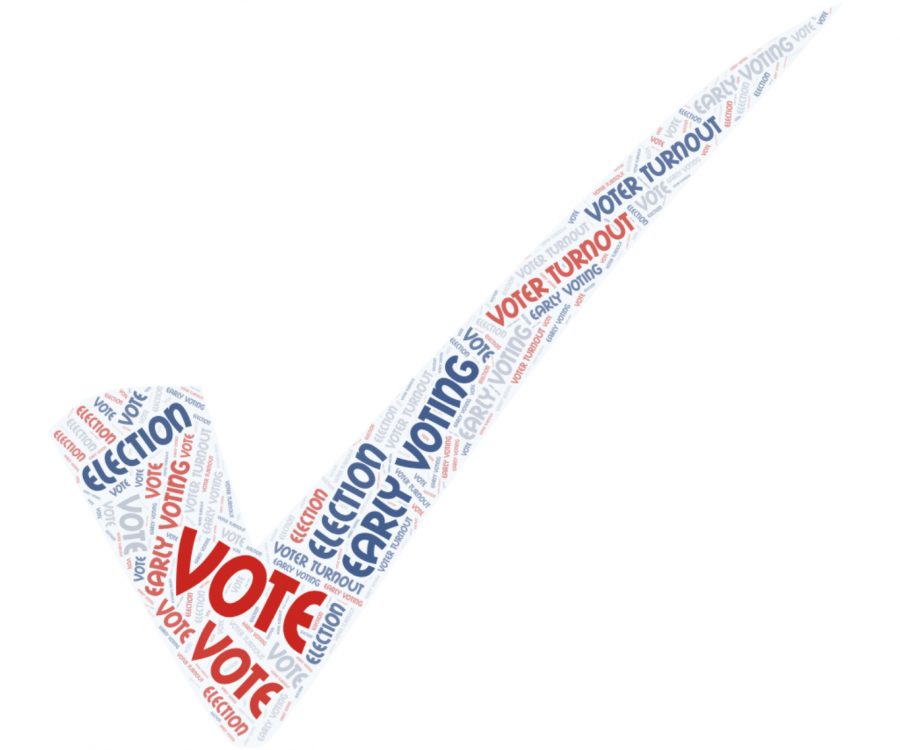 The 2020 general election sees high voter turnout on both a state and national level.

The historical significance of the 2020 general election stretches in multiple directions, one avenue being the high rate of voter turnout. Voters rushed to the polls and drop-off locations, fulfilling their civic duty in an election that would prove to be nothing short of tumultuous.

Another piece of the voter turnout the 2020 election highlighted was the high volume of early voting. According to the U.S. Election Project, over 101 million votes were cast before election day, whether that be through in-person or mail-in voting. Just the early votes alone in 2020 amount to 74 percent of the total votes in the 2016 election.

“In my neighborhood which is Highland Park in St. Paul, about 70 percent of eligible voters already voted by mail. And so I think that left, roughly 700 people, and about half of those showed up to the polls that day,” student election judge volunteer Aidan Alme said.

The high voter turnout rate also appeared on a smaller scale, such as when looking at Minnesota alone. According to the Office of the MN Secretary of State, over the past 50 years (1970-2018) MN averaged a turnout of 2.1 million voters per general election, 65 percent of the VEP. This year, the U.S. Elections Project estimates that the voter turnout in MN will be near 3.3 million voters, 79 percent of the VEP. Similar to the national level, MN also saw a high percentage of early voting with 1.7 million early votes cast.

This high rate of early voter turnout is largely due to COVID-19. Less people were apt to vote in person, while more voted absentee by mail. Even the Hennepin County (MN) website claims that “voters are encouraged to vote absentee by mail.”

“Early voting gives everyone access to use their vote…it gives more opportunities than just one day of voting. Also with mail-ins, that’s granting more access to people, especially in this time of COVID,” high school senior and early voter Bailey Abraham said.

“The mail-in ballots really allowed people to get involved…Election Day is not a day people have off from work, so to enable people to use their voices is important,” Alme similarly said.

As for the overall increase in voter turnout, there are many factors that contributed to the rise. According to the Center for American Progress, high voter turnout stems from an increase in voter registration. Leading up to this contentious election, there were tremendous efforts to try and get new voters registered.

One such example on a national scale is Stacey Abrams, former George House minority leader, who founded the voter access organization, Fair Fight. According to their website, at Fair Fight they “promote fair elections in Georgia and around the country, encourage voter participation in elections, and educate voters about elections and their voting rights.” Through the efforts of Fair Fight and Stacey Abrams, over 800,000 new voters registered for this election. There were many others like Abrams who made it a priority to register new, and especially underrepresented, voters.

Whether an in-person or mail-in voter, an early or day-of voter, or a first-time or an experienced voter, everyone was glued to the anticipation of the election results.

“It was fun to go home and watch and be like, oh my gosh, they’re talking about what I did today,” Election Day first-time voter Megan Marzolf said.

“I thought it was pretty exciting because it was my first real involvement with the election, it was kind of stressful. Watching updates, being like everything is completely changing. But it’s exciting, voting is a pretty big deal,” Abraham said.

And above all, voters realized the importance of their vote. In a highly anticipated and tight election race, voters took pride in knowing that they were actively using their voice.

“I just kind of felt like Superwoman, like this is what it means to be an American and have a say,” said Marzolf. “I was just like, wow, I really feel like I did something.”