Seniors take the W in Powderpuff 2019 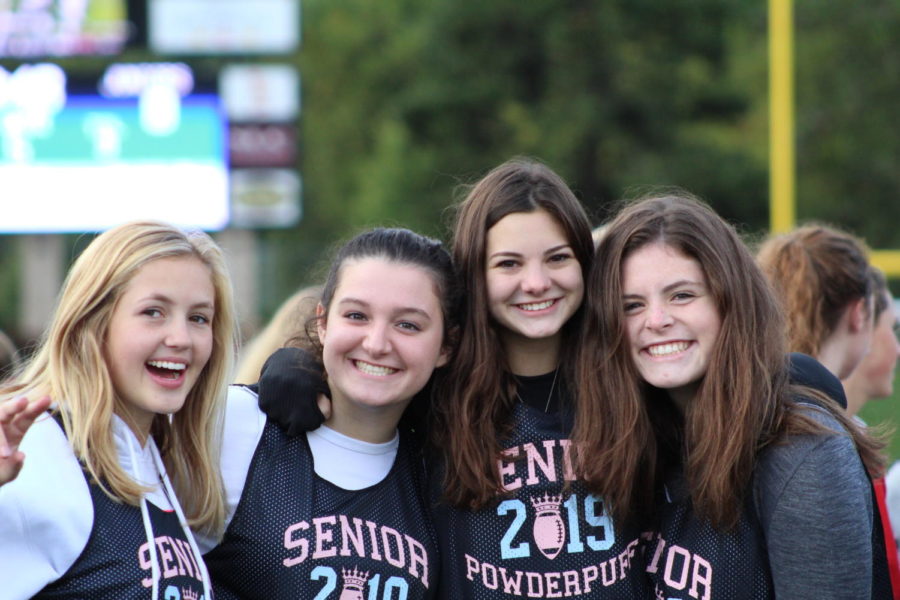 On Friday, Sept. 13, Orono High School held its annual Powderpuff football game at Pesonen Stadium. Powderpuff is a touch football game, with junior and senior girls competing against each other.

Typically, each school that participates in Powderpuff develops unique traditions. At Orono, junior and senior boys coach their respective teams.

“Powderpuff is such a fun activity to take part in. It really brings our grade together as one and is super inclusive. Everyone has so much fun with it,” senior Jane Jonassen said.

The game took place during Spartan hour, and carried through second period; all students were excused to watch the game, if they wished. There were two main student sections, with each one cheering for the juniors or seniors participating.

During halftime, the underclassmen boys and girls played dodgeball, which the students greatly enjoyed.

“The atmosphere of the game is almost as fun as watching it. The commentary from the announcers was hilarious and I enjoyed it quite a bit,” senior Logan Rodewald said.

The game was highly competitive, and the final results were controversial with the seniors claiming the win with a score of 8-0.